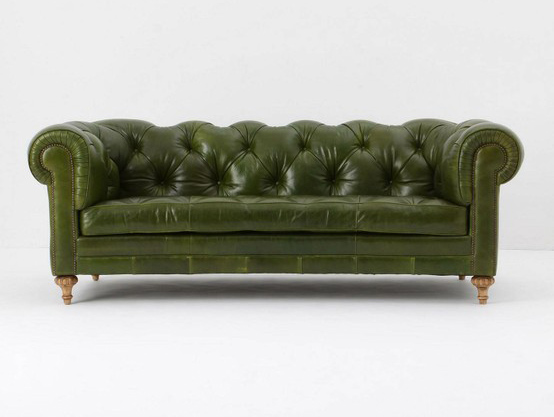 At the age of 8 I moved house. I moved three miles up the road to another estate.
I was leaving my world as I knew it.
I was leaving my best friend and my routine of ‘calling in’ for her so we could go out in our roller blades or go on our bikes.
This was all being diminished because I was moving house. It may not seem very dramatic to an adult, but for me, at 8 years old, it was traumatic.


My casual walking down to school with my best friend was now going to be replaced with having to
sit carefully, on the clankity old Ulster bus seats, in hope that the movement of the bus wouldn’t disrupt my position and cause my legs to shift onto the freezing cold chrome edges of the seats.

This is when I started to feel strange.

"I too, felt like I was covered, wrapped and stitched in complete unfamiliarity."

I remember opening the door into the living room of our new house. The only familiarity that I saw was our green sofa that had made the journey some hours before.
I stood in the doorway, and I stared at the green sofa.
That sofa had been a different colour once, but my mama had got it covered in a new material earlier that year.
I looked at the sofa. What was once a brown, familiar and molded with routine sitting sofa, was now covered in a new fabric.
I too, felt like I was covered, wrapped and stitched in complete unfamiliarity.
At 8 years old, I remember the overwhelming feeling of fear. I was consumed, by what I know now, was acute Anxiety. I was for the first time, experiencing Mental Distress.
Little did I know that this was the start of what would be a very long journey spent in complete mental wilderness.

"I was losing my childhood
to the ‘bad feeling’ that
my young innocent
self labelled it."

I didn’t know how to explain how I felt. I was a child, and my vocabulary was limited.
I began saying that I “didn’t feel well” and when I was asked where I was sore, or how I felt, I just replied, in hopelessness “I don’t know”.
After many a trip to the Doctors I was told “It’s all in your head, stop worrying”, but it was in my head, and it was festering. That was it, I had to deal with this feeling because the Doctor and nobody else  could understand me.  My mum was always trying to distract me from the silent torment of my mind by saying “let’s bake buns” or “let’s go up into town to get new shoes”.

I was losing my childhood to the ‘bad feeling’ that my young innocent self labelled it.
I wasn’t young anymore, I wasn’t carefree anymore, and we all knew it.
I, who was completely in awe of Disney’s ‘The Little Mermaid’ and sang every song during every second of every day, had stopped singing. The house was quiet now. My voice was silenced by the turmoil in my young mind. Before I was 10, I wanted to die, I couldn’t cope with it.
At that age I had believed I wouldn’t live long, because I felt that it was not normal to feel so bad without dying soon.

Let’s fast forward to 2013. I’m still alive. I’m 24 now.
Since becoming mentally unwell from that young age of 8 I’ve been on three different types of anti-depressants not to mention the multitude of anti-anxiety medication and sedatives.

But I’m so happy!
Never did I think that feeling this good was possible for me.
Looking back, I know today that those feelings that I had when I was 8 was the beginning of the Depression and Anxiety, and ultimately a clinical diagnosis of O.C.D.
It has been over two years since I’ve been diagnosed with O.C.D. I was diagnosed due to a crisis, and I couldn’t cope and I had a major breakdown.
The coping strategies that I had developed since I was 8 had crashed and burned in face of this crisis where a family member had become unwell.
It came to a point where I refused to let the Doctor tell me that “exercise would lift your moods”.

I swallowed my pride and demanded professional help.

My pride, my awareness of the stigma attached to mental health that came from society and even myself didn’t stop me. I didn’t care anymore. I needed help because the other option was Suicide and I refused to let Suicide be an option any more, even though I had Suicidal ideation.
And so, I was given an appointment for a psychiatric assessment. On the day of the assessment I was petrified about what would happen to me once I started to talk about how I was thinking and feeling.
I have no idea what I said that day in that room, but I remember I felt like there was a black cloud that had just burst open with rain and was now relieved.
A couple of days later I graduated with a degree in Drama. I was proud of myself and I was happy to have my photograph mounted on the wall between my brother and sister’s graduation photos.


The day following my graduation I had received a letter from the place where I had gone for my psychiatric assessment. I had sat down on our new black leather sofa and read the letter. The letter described my disorder; the letter deemed my disorder ‘common’ and contained a treatment plan of new medication specific for my disorder and C.B.T.


That letter meant more to me than my degree, because even though my degree proved that I studied drama for 3 years, my letter from the psychiatrist meant that I could now get better after 15 years of mental struggle.
I sat on our new black leather sofa and I cried with relief, liberation and catharsis from the unknown shadow that I could now name, and now control.

I wasn’t like the green sofa anymore. I was becoming more like our new black leather sofa, I had aged with struggle, but I was tougher now, I was durable and I was now more resilient, despite who or what impacted on me.