I stood there, crying whilst I stared at the frayed laces on my little black-patented shoe… 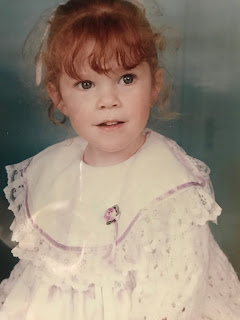 It was the same every morning before school. I’d spend an hour pulling at my laces to ensure they were the tightest they could be. If my shoes felt ‘just right’, then I believe my day would be good. God forbid if they didn’t. Have I mentioned I’m a redhead? Redhead is synonymous with fiery tempered.

You see? O.C.D isn’t about contamination or cleaning!

It gets worse. Let me tell you how.

At this young age of four I knew there was something wrong with me before I even knew some words. My innocence was my refuge. I would be singing every moment of the day when I was a child, despite my morning ordeals.

It wasn't until age 21 that I was diagnosed with O.C.D, just after I had graduated with my degree in Drama.
The most liberating day of my life was the day I got my diagnosis. It meant more to me than any degree or qualification could.
I sat on my sofa moments after ripping the letter from its envelope, in the most untidy and riotous way may I add, and cried with relief. ‘So I’m not mad?’ I thought to myself.
‘There’s actually a name and help for these thoughts I have?’

Yup! It’s O.C.D and the World Health Organization will tell you that it’s the TENTH most debilitating disorder in the word.

Yes, you read that right. “O.C.D is in the top ten most debilitating disorders IN THE WORLD.”

Why was I only hearing about this now? I could have been helped long before I was.

Ah, but you see. That’s stigma for you!

My parents weren’t able to detect that my claims of “I’ve that bad feeling again” as something to be concerned about. They, like the generations before them, didn’t recognize ‘Mental Health’ as something separate and just as important as physical health.

Nobody wanted to acknowledge that they had this ‘bad feeling’ that my young self would often murmur about.

With the history of ‘mental asylums’ and ‘lunacy acts’, it’s no wonder it was something that we all pretended we didn’t have. Even the innocent ‘ringing in the ear’, that we now know as tinnitus, was a sure sign of ‘madness’.

Panic and anxiety were my shadows. Every thing that was bright in my life was soon in overcast with the darkness that loomed by, always at close proximity. As if watching me, and ready to sweep in to consume me, if by chance, I were to enjoy myself. I began to forget what it was to be a child, whilst still a child. 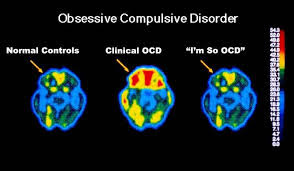 “It’s all in your head” my Mother would say to me, repeating what my Doctor had just said to me seconds before as I sat in a bleak G.P’s office with two sets of bewildered eyes staring at me.

They were right, it was all in my head, and it was festering.

I had stopped singing.

As I got older the thoughts came.  Sick, vile, twisted intrusive thoughts would stab my brain every second of the day. I would obsess over why ‘I’, Caroline, would have such disturbing thoughts.

“Maybe you are twisted for thinking this” harked the enemy that resided in my skull. 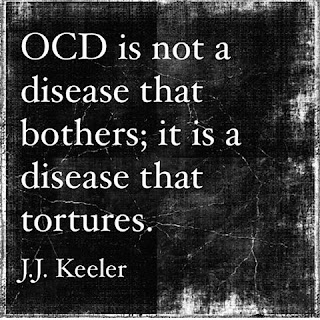 Logic didn’t stand a chance in my head.

Panic would claw at my neck, and the thunder would roll in my head.
My mind was like a stampede of wild animals caught in a storm.

My body, frozen with fear, duly responded to danger and prepared my body for flight. Nausea to lighten the body for faster running, pumping heart to carry oxygen to my brain quicker, heightened senses to scan for further danger. Sorry body, it’s my brain lying to you again. My brain fooled my primitive safety mechanisms.  I wasn’t in danger, it was my thoughts that were the threat.

Nope, there certainly is not. Unless Descartes was spot on, in which case I wish someone would let my brain out of its vat already! Maybe steep it overnight beside the peas. Mushy peas,  mushy brain. Quite fitting!

As I grew up, so too did the complexity and severity of my ill mental health.

Like every teenager I knew, a pro at something; skateboarding, chronic laziness, I was a pro at living a life with anxiety on my back.

I love my rock music since day 1, and enjoyed a little Hennessey or two as I got older…O.K maybe three. 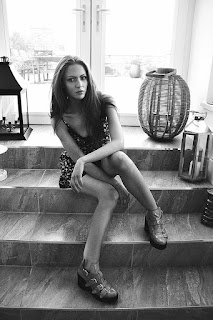 I was wisdom’s soul, in youth’s body.  The frequent storms aged me.  Weather-beaten.  I could have sung you songs of experience!
I got older, the drink and partying became less. Not by choice. Why would a 21 year old choose to give up drink and partying?
I had no other option.  My mental health, that was once an unsteady freight train was now derailing.

My sister had her first child premature, and this stressful time for the family sent me into a spiral of stress-induced, O.C.D laced, anxiety riddled, mental health breakdown.

“I DO EXERCISE, I EAT HEALTHY. I NEED PROFESSIONAL HELP”. I said through gritted teeth at a nonchalant Doctor with an annoying tie, a lazy eye-blinking tempo, and too-tight trousers that even my own disturbed mind couldn’t handle.

Of course I was in my local. The Doctors!

For the second time that week I made a point of going to the Doctors for help for my mental health. My usual Doctor was unavailable and so I had to begin all over again, describing how I do exercise and all the ‘helpful’ things but still weren’t working.

Of course, I left feeling deflated.

I couldn’t get help, anywhere.

Panic had me sliding down my bedroom wall, and crutched down into my habitual fetal  position.  Submissive to my mental health that ruled over me.

Subdued, tired and hopeless, I said to my usual Doctor “I need help!”

A few weeks later I had an assessment in ‘Adult Psychological Therapies’.
I broke down. I cried. I vented. I verbalized my most disturbing thoughts. I pleaded for help.

Little did I know that the familiar sound of the post-man that morning signified the turning point in my life.

“After consulting with the psychiatrist… 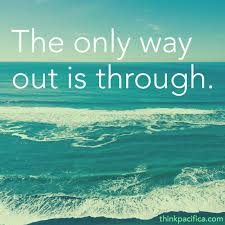 …treatable with medication and therapy…

…your Doctor has been informed…

I held my very own winning lottery ticket.
I held my first glimpse of hope, and it was glorious.

Yes, the waiting C.B.T waiting list was long, yes the medication had some side-effects, and yes I made some lifestyle changes, but I was free.
A medical diagnosis of a mental health disorder and a prescription for a hefty dose of S.S.R.I’s (Selective Serotonin Reuptake Inhibitors)- anti-depressants to the common tongue, is not something one would feel joyous about.

For me, it was everything!

It was an answer to every question.
It was a reason for the anxiety and it was a to end every panic attack.
It was the logic to my illogic
It was the stamp of approval on my existence. FIT FOR PURPOSE.

It was a lifeline.

So what did I do with my new found freedom?

I went to Queen's University in Belfast and trained in the therapy that my O.C.D was being treated with, Cognitive Behavioural Therapy (C.B.T)
I then went and trained to become an Integrative Mental Health counsellor. 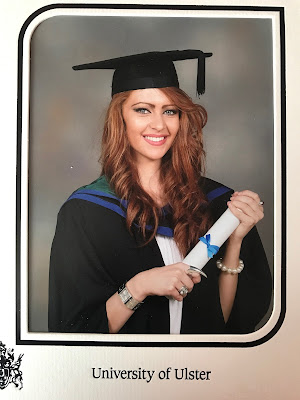 My redheaded spark burst into a flame and I became unapologetic about who I was. I became vocal, honest about my mental health, and I wasn’t holding back.

I created a blog.

Georgiana, the Dutchess of Devonshire in the 17th Century was an unconventional woman of her time. She surprised many by ignoring social etiquette, defied authority and was her unapologetic self.  I found instant similarities.

With an ode to my fiery temper, I became The Red Dutchess.

And so I took to social media, ready to conquer the unchartered territory of mental health awareness.

Whilst I would have modelled and did some quite lavish modelling jobs, I knew that people would assume that my life was carefree and easy.
People were surprised to watch my first 'Mental Health Monday' You Tube video and find out that I had dealt with mental health issues since I was four years of age.

So when I shared my experience on You Tube I showed people exactly how easy it was for someone to have misconceptions about mental health issues. The general assumption is that mental health has a certain 'look'; someone who looks how they feel.
The shock surrounding my disclosure brought people to empathise with me, to disclose their personal struggles with me, and telling me how my honesty made them feel less alone now that they knew someone who described exactly how they felt.

I couldn't believe the sense of relief I sensed off people, never mind myself.
I knew there was potential in this method and way of de-stigmatizing mental health through social media.

So I started to do more and more specified mental health You Tube videos, posts and help. Then the idea of Replenish was born.

Replenish is my mental health wellbeing programme that invites people to learn about mental health issues such as Obsessive Compulsive Disorder (O.C.D), Anxiety and Depression through creative therapeutic techniques, in an non-clinical and relaxed environment.
I've developed Replenish in response to the lack of awareness and stigma surrounding mental health, and a alternative to intimidating therapy processes.

We live in a westernized flow of discontent, and it’s hard to break free of that restricted style of living. We restrict ourselves from being our authentic selves, for fear of being marginalized and we deprive ourselves of gaining insight to ourselves.
What we can do is replenish our way of living by re-evaluating and re-appreciating our lives with a different perspective and understanding. Therefore, Replenish is aimed at bringing people to regenerate their outlook and approach to life by learning  understand that the drive for ‘happiness’ is unattainable as it’s as temporary as a fit of anger. Happiness, like trends, come and goes. It’s contentment that we seek, and contentment comes from looking around you with gratitude.

My gratitude comes from the hidden motive of my mental health illness. All along, its torture was its lesson and I’m bringing that lesson with me and sharing it with every single person I meet.

There have been numerous cycles of Replenish workshops that have already happened and there are demands for the workshops to be held in Sligo, Dublin and even as far as Cork and Wales.
Replenish is a new way for our society to understand mental health, to not be afraid of it and to educate the masses on how they can help themselves AND others by becoming informed.

Mental Health awareness is my passion, and I won't stop until it is acknowledged that it's O.K to have a mental health issue and there is always hope to be held, even if it is a diagnosis.

Today? I'm the person my four year old self needed. I'm damn proud to be her. 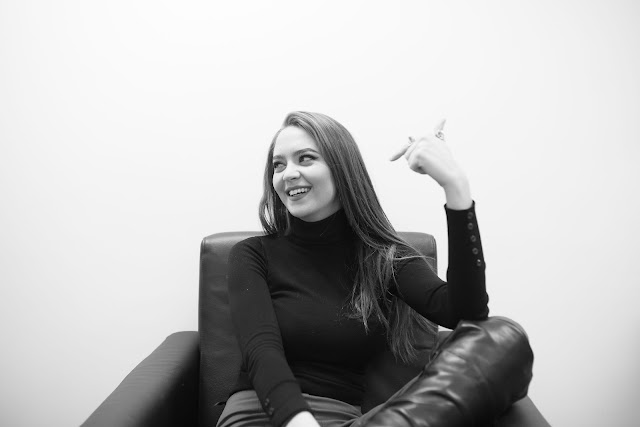